California Web Solutions is a leader on Online Marketing and Search Engine Optimisations since 2006. 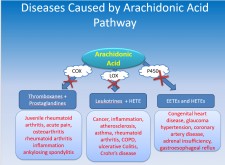 Robert Gadimian of Rophe Pharma explains that turmeric helps fight the inflammation response in your joints and body. He points out that turmeric has many beneficial properties such as potentially having anti-arthritis, antioxidant, and even anti-cancer properties.

LOS ANGELES, October 20, 2017 (Newswire.com) - If you are a fan of South Asian and Middle Eastern cooking you are probably familiar with one of the main ingredients used in curries — a spice known as turmeric. Turmeric has also long been used in Ayurvedic medicine to treat a variety of ailments. It is only recently that we are beginning to understand why this spice is not only tasty but of considerable help with many health issues.

Robert Gadimian of Rophe Pharma explains that turmeric helps fight the inflammation response in your joints and body. He points out that turmeric has many beneficial properties such as potentially having anti-arthritis, antioxidant, and even anti-cancer properties.

Gadimian points out that taking turmeric by itself, as a supplement, might not wield the greatest benefits since absorbing it is difficult for the human body. A person consuming one teaspoon of turmeric each day may believe this to be beneficial but the majority of that dose amount does not actually get absorbed. Additionally, Gadimian explains that the active compound in turmeric is something called curcumin and there are ways to help your body absorb it better thereby providing the most health benefits.

The main biological benefit of curcumin is that it inhibits the arachidonic acid (AA). AA is the precursor for arachidonic acid cascade that plays a major role in a variety of diseases (including cancer) in different organs of the body. Aberrant arachidonic acid metabolism is involved in the inflammatory and carcinogenic processes (Figure 1).

Studies suggest that curcumin affects arachidonic acid metabolism by decreasing the expression of COX-2 and inhibiting the catalytic activities of 5-LOX. These activities may contribute to the anti-inflammatory and anticarcinogenic actions of curcumin and its analogs.

Gadimian says there is research regarding the anti-inflammatory, anti-arthritis, antioxidant, and anti-cancer properties of the curcumin found in turmeric. There are specifically two formulations that have shown increased ability by the body to absorb the curcumin. One formulation is curcumin with Meriva. The other formulation contains curcumin in the form of nanoparticles.

Once the body absorbs the curcumin in an effective amount, molecular studies have indicated that it then blocks the activation of factors or enzymes present in human cells that trigger the inflammatory response. Surh et al revealed that curcumin is able to inhibit the activity and induced expression of cyclooxygenase­2 (COX­2) in various cell lines and animal models (1,2).

In Ayurvedic medicine, curcumin is used to treat inflammatory disorders, including arthritis, and is administered as a nutritional supplement. Funk et al (3) documented the effectiveness of an extract devoid of essential oils in preventing joint inflammation, while a hydroalcoholic extract of turmeric was demonstrated to inhibit joint inflammation and periarticular tissue destruction in a dose­dependent manner (4).

A recent study indicated that oral administration of curcumin was able to attenuate the neutrophil inflammatory response against zymosan­induced arthritis in rats (5). Furthermore, Panahi et al argued that curcuminoid treatment represents an effective and safe alternative treatment for osteoarthritis (6).

The antioxidant activities of curcuminoids are a result of their chemical composition. Curcumin inhibits lipid peroxidation using linoleate, a polyunsaturated fatty acid that is able to oxidize and form fatty acid radicals. Curcuminoids markedly reduce the hemolysis and lipid peroxidation of erythrocytes (lower vitamin E levels), and function as a scavenger of NO (nitric oxide) by blocking the enzyme that produces it, thus exerting a promoter activity (7).

An impressive study completed and published in the March 2014 issue of the Journal of Clinical Interventions in Aging examined the effect of turmeric on knee discomfort. Results showed that turmeric users experienced relief on par with more conventional options. The turmeric group, however, seemed to enjoy more relief from joint stiffness. Those taking turmeric reported significantly fewer side effects than those following mainstream-oriented action plans (8). A double-blind, placebo-controlled study in the December 2011 issue of Surgical Endoscopy looked at turmeric supplementation on postoperative discomfort and fatigue. Patients taking turmeric experienced significantly less discomfort compared to placebo (9).

Get notified about new releases.